This product is currently sold out.

Geovanny Martinez is the current head of the COMICOVEL cooperative. He understands the full coffee production and supply chain and takes this into account when growing coffee on his own farm, Finca Magdalena.

Geovanny produces the Maragoype variety, a Typica mutation known for its giant cherries and beans, which he processes as a fully Washed coffee to deliver a clean, crisp cup profile.

The COMICOVEL cooperative—Cooperativa Mixta Cosecha Verde Limitada—in San Juan Intibucá is composed of smallholder producers who farm coffee organically with a focus on overall environmental sustainability. The co-op is the product of Catholic Relief Services’ Blue Harvest Project, which improves agroforestry management on farms throughout Central America and is headed by Geovanny Martinez and with Carlos Guevara acting as a consultant. To date, Blue Harvest has helped 1400 producers transform their farms into ecosystems that protect the forest and its freshwater sources. All producers in the project farm organically.

COMICOVEL came into being specifically to bring together the Blue Harvest Project farmers who invested time and energy into improving their farms. The co-op was formed in 2016 and exported its first coffee in 2018. 2019 is the first year that the COMICOVEL can export with both Fairtrade and Organic certifications, which will earn producers premiums to continue the organic farming and ecosystem preservation that protects freshwater sources.

COMICOVEL’s members’ properties are located in the Opalaca mountain ranges across the Intibuca and Lempira Departments. The dry mountains are generally planted with pine trees. Planting trees is a special focus of the co-op, along with their water management project. Producers process coffee using their basic depulping and fermentation infrastructures. Most have wooden hoppers for cherries with a concrete tank for fermentation. Coffee is fermented in the tanks for 18-24 hours and washed in washing channels. Most farmers dry their own coffee on concrete patios or sometimes also on raised beds in greenhouses for 14-20 days. The coop has worked with these farmers for many years and provided technical assistance to increase productivity on the farms.

This year, co-op made improvements in both its solar dryer infrastructure of stacked beds and its dry milling technologies to efficiently and consistently sort and process coffee in the final preparatory stages for export. 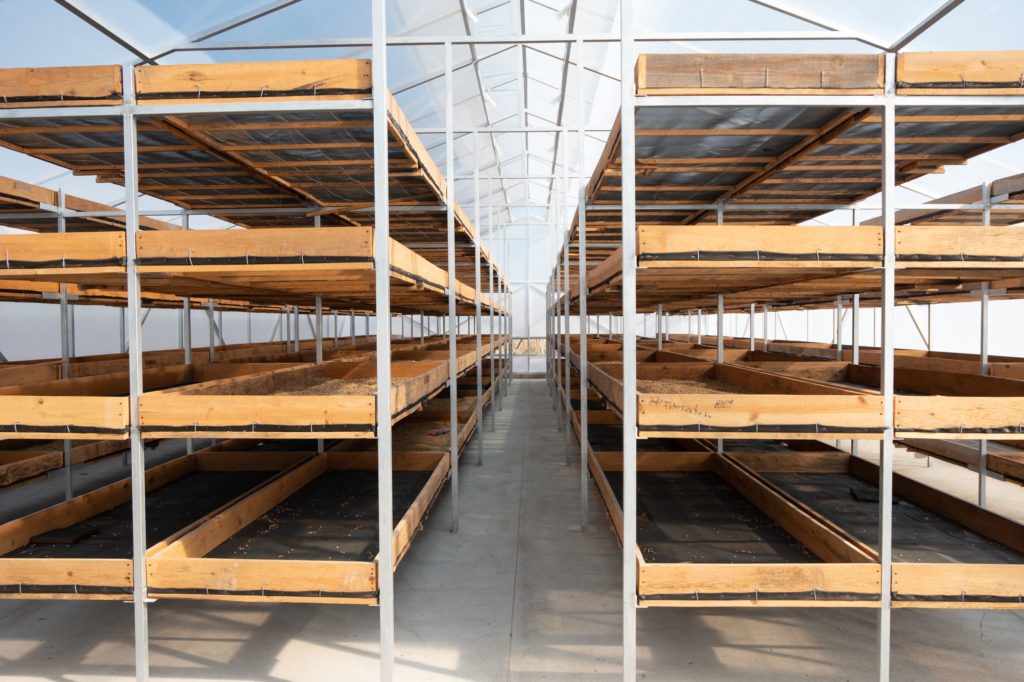 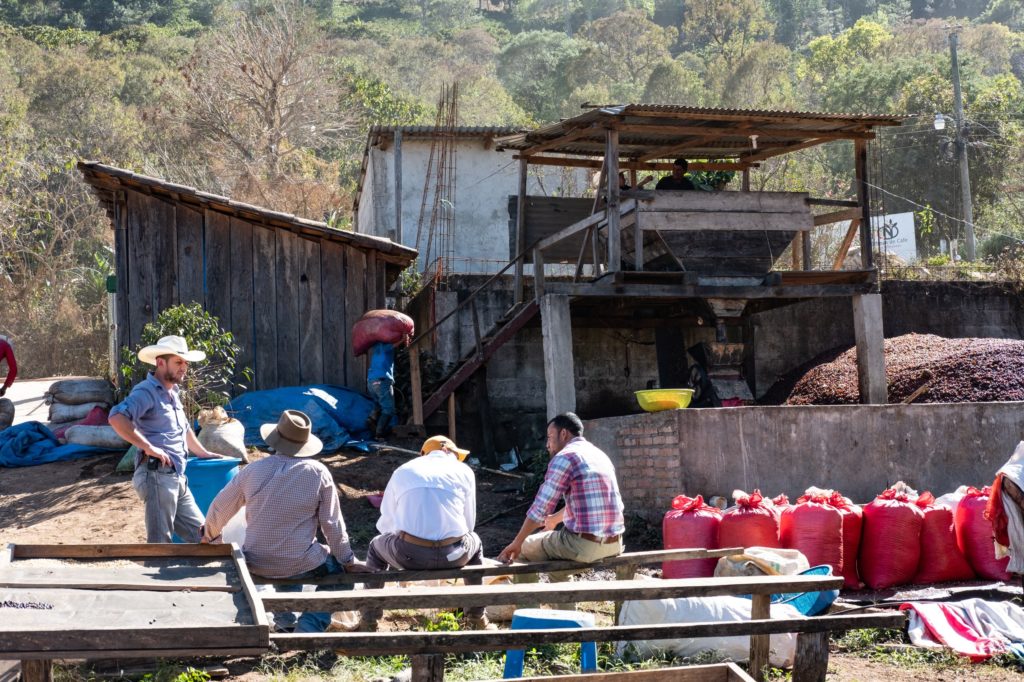 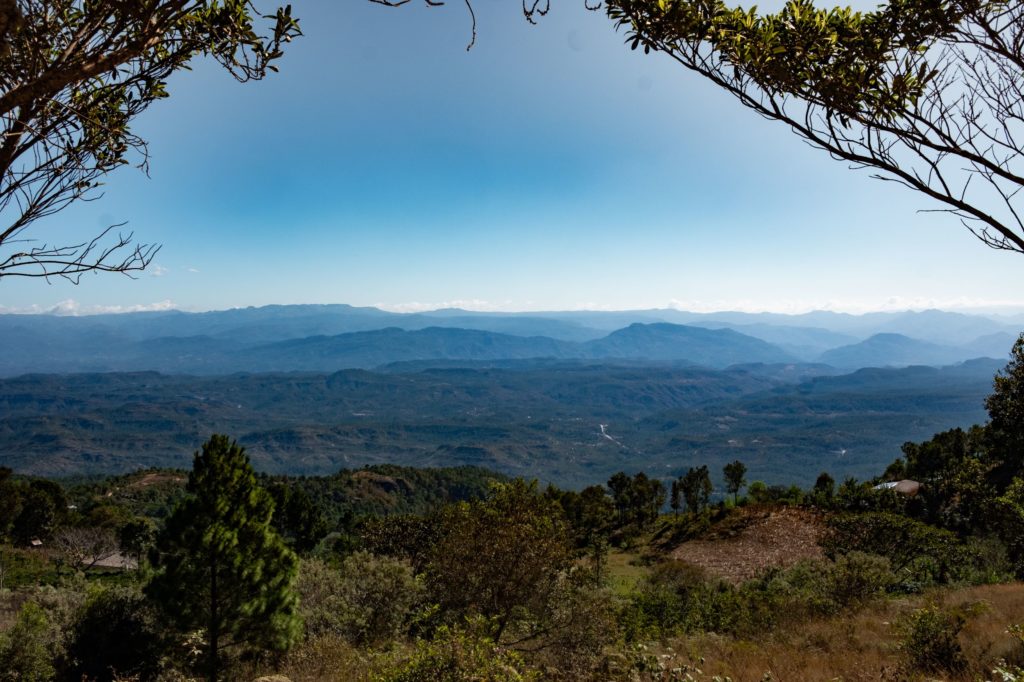 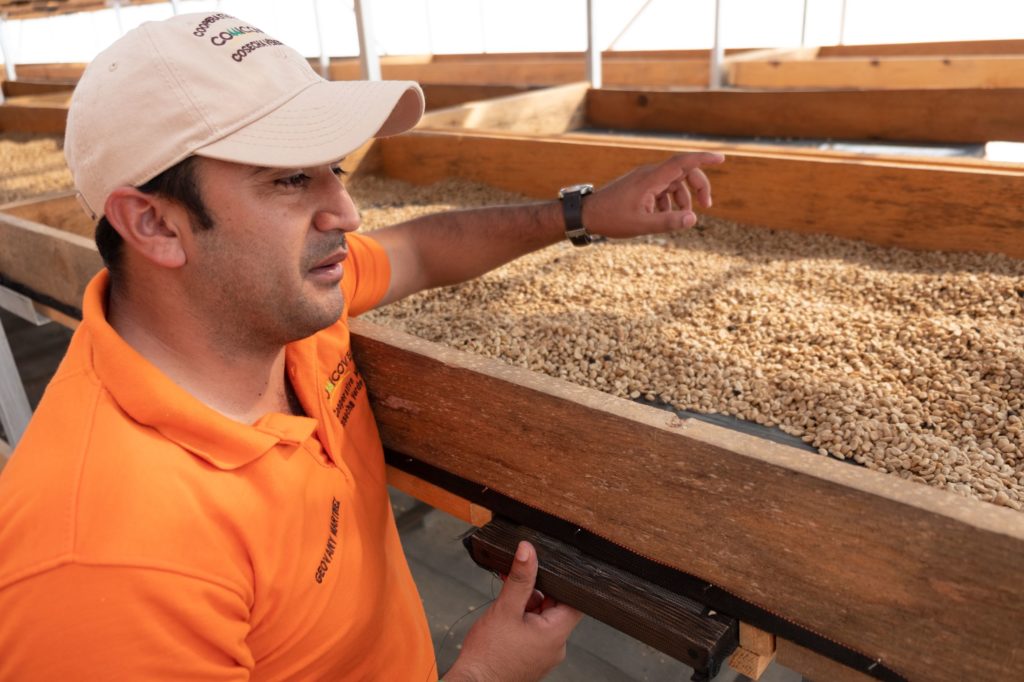 Abracollabra 4 - Half Caf
$ 18.00
Thanks for contacting us! We'll get back to you as soon as possible. Thanks for subscribing